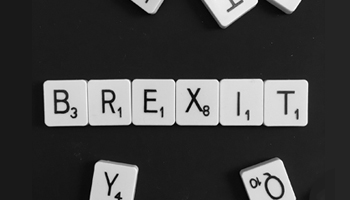 Should I Stay or Should I Go Now?

Yesterday The Guide to Events was asked by the British Visits & Events Partnership (BVEP) to weigh in on what I thought the impact of Brexit would be for the UK events industry. A simple enough question in theory and we’re always ready with an opinion on most things, but… we didn’t know.

So we gave it some serious thought. And spoke to some people smarter than us. And read some articles. And formed an opinion. Which we will share here.

The various conflicting reports over what HM the Queen may or may not have said (or thought) appears to be an attempt by the media to put a human face on the debate. The British public’s trust in politicians hasn’t vastly improved in the last few years, so their opinions on leaving or remaining in the EU are of limited consequence to a population which is being asked to vote in a forthcoming referendum we barely understand the consequences of.

In last year’s Scottish referendum – which felt more immediate and therefore more impactful to UK citizens – an unprecedented 85% of Scots turned out to vote, but it still ended up resulting in a stalemate, with a 55/45 split of public opinion. Although this unrest resulted in huge change in the General Election that followed, the general feeling was that even when the people are exercised to vote in a referendum, it could end up being an expensive exercise in upsetting 45% of the public.

With the situation in Syria exacerbating problems on all borders and even the Germans reaching the limit of how many refugees they will tolerate, immigration is a heated issue that even the LEAVE campaign wants to avoid where possible. Which means the debate rests on the strength of the economic arguments.

For the Leave.eu campaign, which seems to be based on the premise that “We’re British, so we’ll be okay”, the website contains a few vague vision statements, such as “Imagine having £1,000 more to spend each year”, alongside photographs of their high-profile advocates panel which (with the exception of Caroline Drewett) is an all-white, all-male panel (and those who know me, know my feelings on all-male panels!).

Aside from the Daily Mail, other independent campaigners include billionaire Peter Hargreaves, who says that uncertainty will be good for business “that little bit of insecurity, that little bit of unknown will be an absolute fillip to everyone” Hmmm.

So even without the hyperbole about the value being £3,000 per household, the experts say that we get more out than we put in.

The case for businesses to remain is made by the CBI, which surveyed 773 members (UK companies) and received a mandate to promote EU membership, as 80% believed that the UK remaining a member of the EU would be best for their business. Overall, 5% said it was in their firms’ best interests for the UK to leave the EU, with 15% unsure.

So what does it mean for the UK events industry?

Leaving the EU will limit skills migration (eventually), which will pose a problem for hotels and venues, as most operational staff are EU (rather than UK) citizens. While they might be very good at it, this is not considered ‘skilled’ work, so may be subject to sanctions if future governments rein in worker migration after leaving the EU.

The UK continues to be a leader in creative technology and skills such as audio-visual production are in high demand all over the world – this wouldn’t change necessarily, but the cost of doing business would, considering increased travel to the potentially higher prices of manufacturing parts, through renegotiated trade agreements with China and the Far East.

London is a centre of event activity partly as a consequence of being a centre of commerce. If banks decentralised their activity to other European hubs, this would have an impact on all businesses. While the Corporation of London may have the most established bank-friendly regime and infrastructure in the world, Frankfurt would benefit immeasurably from ‘Brexit’, and could surpass London’s capability within ten years or so.

Further, if finance migrates to Germany, so will a large part of London’s startup scene, as Berlin has a rapidly growing ecosystem, supported by a powerful R&D infrastructure. Without the UK’s vibrant startup scene driving industrial prowess – and without our reputation as a global centre of commerce – there will be fewer reasons to run events in the UK.

If the UK stops being the centre of the universe for innovators, corporate decision-makers and the finance sector, why would event planners risk running trade shows and conferences here?

Events travel to power, influence and money, not the other way around.

How to Survive a Major Tradeshow