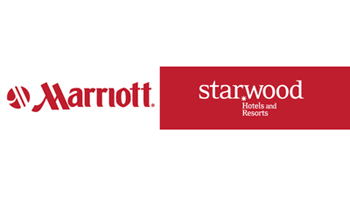 What the Marriott-Starwood Merger Means for #eventprofs

Not everyone is happy about the Marriott-Starwood merger, finds The Guide to Events 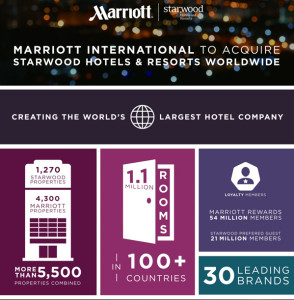 In the days since it was announced that Marriott International would buy Starwood Hotels & Resorts in a $12.2Bn deal, the internet has begun filling with opprobrium for the sale, mostly coming from the USA, with headlines such as “Starwood Devotees Greet Marriott Merger With Dread and Anger” (New York Times) and “Marriott merger has Starwood devotees nervous and angry” (Tampa Bay Times).

Together, the companies will operate over 5,500 hotels in 30 different brands, with a global total of 1.1 million rooms in 100 countries, making it the biggest hotel group in the world.

The reaction highlights the differences between perception of value and quality in America, where Starwood’s hotel brands Sheraton, W, St Regis and Westin are seen as more premium than Marriott’s eponymous chain (and certainly its Residence Inn and Courtyard brands). 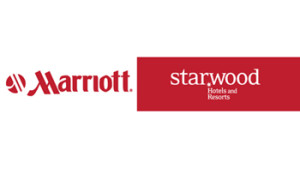 What it doesn’t take into account is the new group’s international footprint: Marriott has around 1100 properties outside of the United States, while Starwood has a further 600, and in many ways the two collections’ strengths and weaknesses are complementary. “When we look at Starwood, we see many aspects of its business that complement what we have built at Marriott,” said Marriott Chief Executive Arne Sorenson on Monday.

Marriott and its shiniest brand Ritz-Carlton are two of the leading western hotel groups in Asia – which Sheraton has recently been pushing hard to enter, and Marriott is one of the only hotel brands to have made an impact in mainland China. In Europe, Marriott is a consistent 4-5 star experience and the quality of its hotels in China are second to none. W Hotels, with their funky-exclusive feel and curated elevator playlists are popular with a younger demographic, are popping up in major cosmopolitan centres, but are not yet mainstream, while even the most seasoned travellers would be hard pushed to remember seeing a St Regis or Westin outside of the continental USA. Sheraton is the jewel in the crown, with an established presence in pretty much any major city in Europe (often attached to airports).

The Guide to Events Opinion: What does it mean for event planners?

In the short term there is unlikely to be a significant logistical difference to #eventprofs or their delegates – the infrastructure won’t change. Arguably Marriott, Sheraton, Westin and Le Meridien all have strong track records for large-scale conferencing and banqueting, while for boutique events, Four Points, JW Marriott, Ritz-Carlton and Renaissance will offer a good spread of options. The standard template all day team meetings that make up 60% of all hotel event footfall will continue to fill St Regis, Courtyard, Westin and Marriott properties.

The big difference will be our ability to negotiate effectively. Before the merger, we would happily have played a Ritz-Carlton off against a Sheraton, saying “but they offered me X” – presumably this may soon become a little trickier to do. Will they have access to each others’ CRM systems and rate cards? Who knows? Let’s hope not!

For travel managers and MICE planners who make commissions from group bookings, the merger is unlikely to be great news. Marriott has recently been clear in its intention to reduce the number of ‘special corporate business’ clients, preferring self-booking ‘retail’ clients, who pay much higher rates for accommodation. Many incentive buyers enjoy better relationships with Starwood hotels than with Marriotts – particularly in the States and Western Europe, where Starwood brands like Le Meridien have traditionally been fairly welcoming to larger delegations at reduced rates.

As for the loyalty schemes, clearly there is a huge amount of work to do over the next six months or so while the details of the merger are ironed out. One of the chief concerns is the disparity between the two loyalty programmes. Marriott Rewards has 54m members worldwide, while Starwood’s (more generous) Preferred Guest scheme has 21m. How this will affect delegates, corporate clients and event planners (who often benefit from a significant points boost when placing business) still needs to be decided, but judging by the comments on American news websites, this will depend on whether you started the process as a Starwood fanatic or a Marriot addict – meeting the breadth of one programme with the personal service of the other will take a couple of years to fully settle.