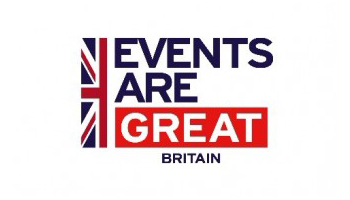 Event Industry Weighs in on #Brexit

The umbrella body for the UK events industry, the Business Visits & Events Partnership (BVEP) has surveyed members of its partner organisations to determine their thoughts on how ‘Brexit’ might affect events in the UK.

The Guide to Events weighed in on this issue a few weeks ago, but the overall results show the industry to have concerns about the level of events that would be attracted to the UK and the amount of investment that would be made in the industry, if there is a vote to leave.

Just 10% felt more events would be attracted here after Brexit, with 60% predicting there would be less. Industry investment was predicted to decrease by half of all respondents. The other half said it would stay the same or increase – just 13% expected it to increase.

56% believed the ability to recruit the right staff would be the same after leaving the EU and 39% felt that it would be harder with just 5% said recruitment would be easier.

Business regulation was the topic that most divided the industry’s opinion. While the EU is often criticised for hindering UK businesses with bureaucracy and red tape, the majority felt this would stay the same or increase, with 44% believing a leave vote would lead to less regulation.

Many of the specific respondents’ comments on possible post-Brexit issues for UK events business, highlighted increased regulation on events held in Europe as one of the largest concerns. Other issues raised were the potential loss of work to European contractors and destinations; additional transport and other operational costs and the possible perception of Britain as an “outsider” destination for European events.

On the plus side the possible weakening of the pound could make Britain more competitive; there might be greater flexibility and ability to win more global events and trade outside Europe, with more opportunity for government to support events without breaching state aid rules.

Speaking of the results, Michael Hirst OBE, Chair of the BVEP says; “This is a timely piece of research, organised by the BVEP. It highlights some of the key considerations and demonstrates how many opinions there are in this important debate. On the one side there are concerns about some of the circumstances which will arise from a Brexit but there are others who feel there will be positive opportunities too”.

He added; “The EU referendum is now just weeks away, no matter what the UK decides, the BVEP will continue to raise sector awareness and work with its stakeholders to support its future growth.”

The BVEP represents a broad base of opinion formers in the industry and believes the best way to contribute is to present the findings of its survey without prejudice to either point of view.

A New Dawn for DoubleDutch